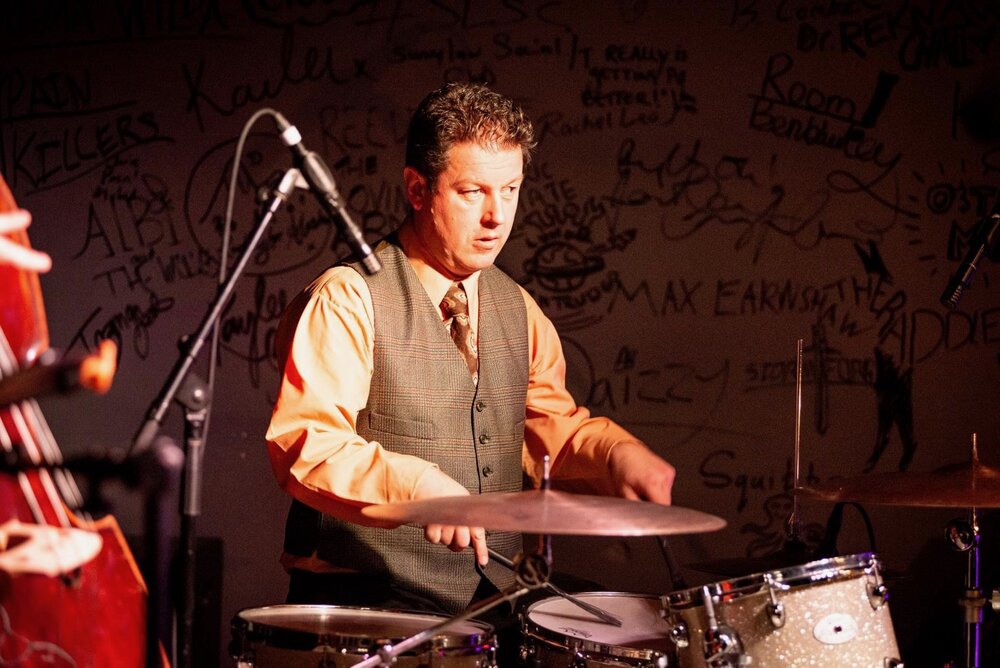 Wellington-based drummer/composer and bandleader Mark Lockett presents a brand new quartet for this WJC outing. Lockett has chosen a mix of original compositions and a suite of tunes drawing on his love for the music of Thelonious Monk and Ornette Coleman, The music promises to be both joyful and allows musicians freedom to improvise not bound by complex harmonies.

Originally from Wellington, Lockett has studied with some of the most influential drummers on the scene today including Ari Hoenig, Joe Morello, Jim Black, John Riley to name a few. He has released six albums under his own name and been a mainstay on the jazz scene both locally and internationally having performed with Jazz giants such as George Garzone, Joe Cohn, Joel Frahm, Will Vinson, Danny Walsh, Jamie Oehlers, Orlando le Fleming, Matt Penman and many more.

This performance features Mark Lockett on drums, Jake Baxendale on saxophone, Ayrton Foote on piano and Scott Maynard on bass.

Very limited tickets are available on Eventfinda.
Doors open at 6.30 pm, show starts at 7.30 pm
Some seating has restricted viewing.